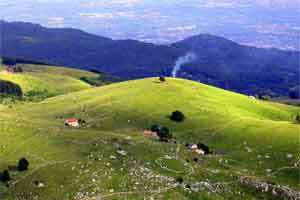 Trekking starting from Vittorio Veneto :the best place for those who enjoy walking, hiking, trekking on the hills

Walk to stay fit, it's a trend that more and more like it, especially for those who do not want to be locked in a gym and exercise machines: walking is good, and is also very nice if you can do it in on the hills, in the woods, on the meadows, even at high altitude mountain (800/1600 m.s.l.):Vittorio Veneto is the best place for those who enjoy walking, hiking, trekking always remaining in sight of a beautiful landscape. You can walk and hike and get going right from the apartment or house that you rented with the private owner for your vacation, as well as you can get close to the splendid Dolomites with a short drive, and then make the beautiful trekking trails amid the green pines and the pink rocks.

Walk without ever leaving the town

Your outdoor activity can start with the opportunity to walk without ever leaving the town. In reality, the city has grown along its length; between the extreme north of Serravalle and the extreme south of Ceneda is a distance of several kilometers (about 6).
The walk is always nice, winds on the wide tree-lined avenues and partly in the shopping area, at every corner you can relax in a nice cafeteria.

The second step is to start directly, from the apartment or house you rented, one of the many walks around the city.

Sometimes it is quite steep paths, such St. Augusta, and here begins from the heart of Serravalle with a long staircase surrounded by statues, then to finish under the porch of a small church, St. Augusta precisely, from which there is a comprehensive view of Vittorio Veneto.

Another walk that you can do without leaving the city is a visit to the castle of San Martino, who is the current residence of the Bishop. It may be recalled that Pope Luciani (John Paul I) was a former bishop of Vittorio Veneto.

Other nice walks in the hills around Vittorio Veneto, departing from your home, are those that lead to Le Perdonanze, to the Madonna della Salute and to Mount Altare.

Many other trails depart from Serravalle or Ceneda to climb to some interesting destination on the hills that embrace the city.
The bike path runs through the city for 10 kilometers along a way partly urban and partly rural: this can also be a pathway for your very nice walking.

With a short drive (max 10 km) you can reach the starting point of other walks very enjoyable, such as the Lakes of Revine, small lakes Negrisiola and Restello, the Lake Lago Morto. And the lovely park of the Laghetti Blu.
Who would think that the town of Vittorio Veneto offers such diverse landscapes and climates in a few minutes?
In your house or apartment that you rented from private owner, you will find on the table maps indicating the locations of all the paths. 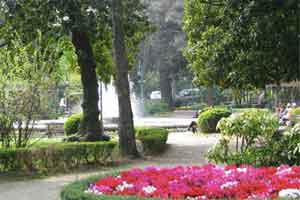 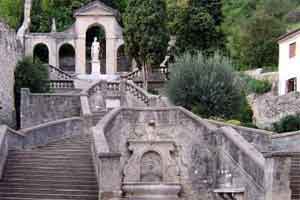 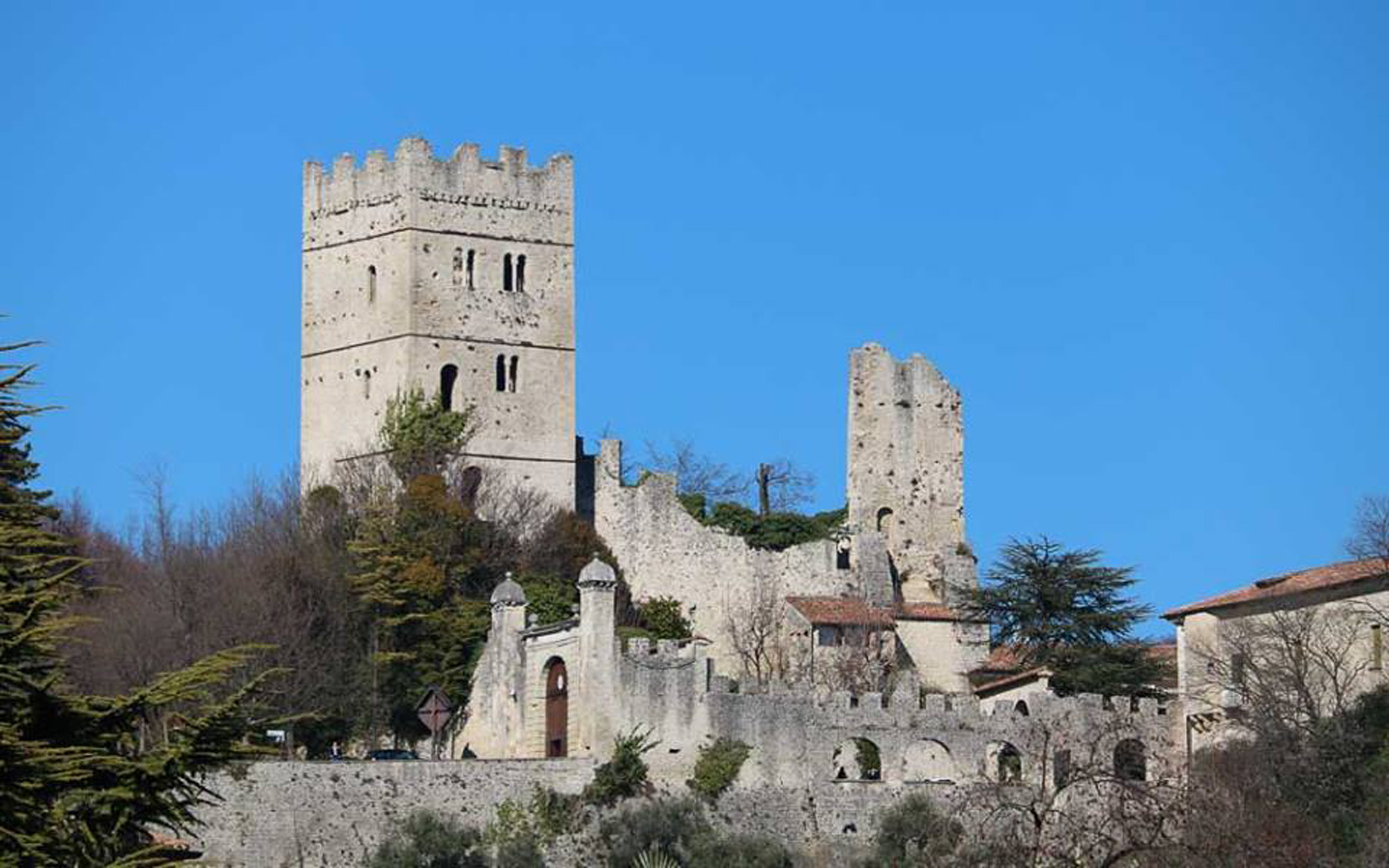 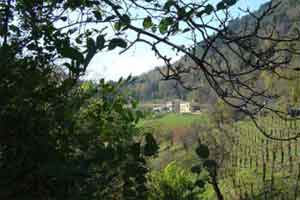 More challenging walks directly from your apartment or villa

A different type of walking are more challenging paths, which always start from your holiday accommodation: this is to walk up to the summit of the nearest mountains, such the Col Visentin (1761 m.s.l.) or the Monte Pizzoc (1565 m.s.l.). From there you can enjoy a splendid panorama, with the Alps Dolomites to the north and the hills of the Prealps to the south. To the south you can enjoy frequently, in the days particularly clear and bright, also the view of Venice with its San Marco Cathedral.
In your holiday accommodation, villa or apartment you rented from the direct owner, you will find the maps indicating the pathways to Pizzoc and to Visentin. 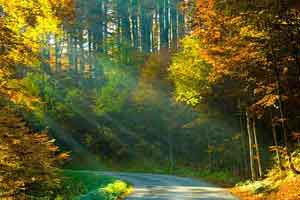 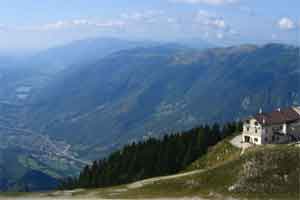 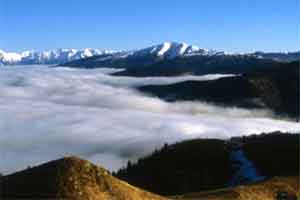 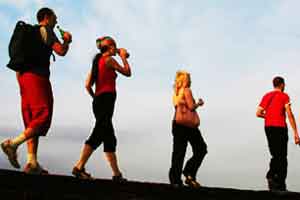 An other way for walking is to use the extraordinary outdoor gym Pian Cansiglio, hundreds of trails in sunny meadows or in dense forests. A 20’ drive will take you from Vittorio Veneto to the beginning of the plateau. And there you can choose the path that you prefer.
There are three major pathways:

one (Ring Cansiglio) is pretty easy and takes about 5 hours of walking, is a ring that runs around the perimeter of the plateau, in and out of the woods.

Another trail (Reserve) is certainly more difficult and takes about 3 hours.

A third path (Biodiversity) is difficult because the terrain is very rugged and the forest is very dense. The paths are not dangerous, but we recommend you use hiking boots and mountain dress. Do not forget to bring your own maps of the forests.
In the house that you rented you'll find a wealth of material regarding the Cansiglio Forest 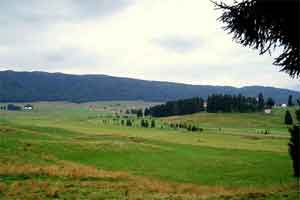 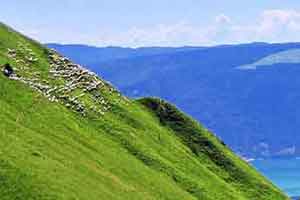 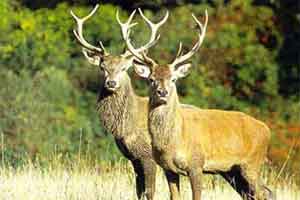 The fame of the beauty of the Dolomites is widespread throughout the world. And Vittorio Veneto is located only 1 hours drive from its most famous resorts.
We are talking of Cortina d 'Ampezzo, the pearl of Cadore, but other beautiful places in the Dolomites have more or less the same distance; Auronzo, Alleghe, Arabba, Val Zoldana. Well.
Is fairly easy to get up early morning at around 7.00 AM and start driving towards the Dolomites, and from there to face a hike in the most beautiful places in the world. You can lunch in a mountain hut before getting down back. You will be back in Vittorio Veneto before the evening, to dine in one of its typical ancient inns. 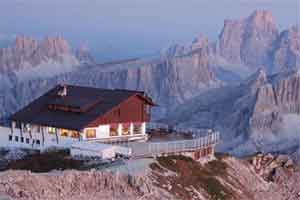 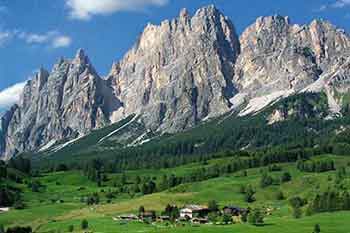 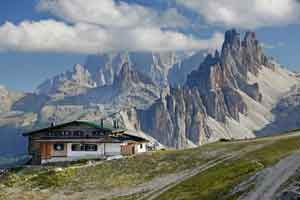 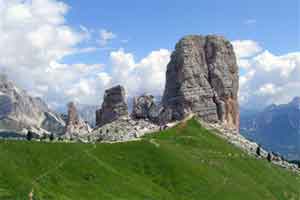